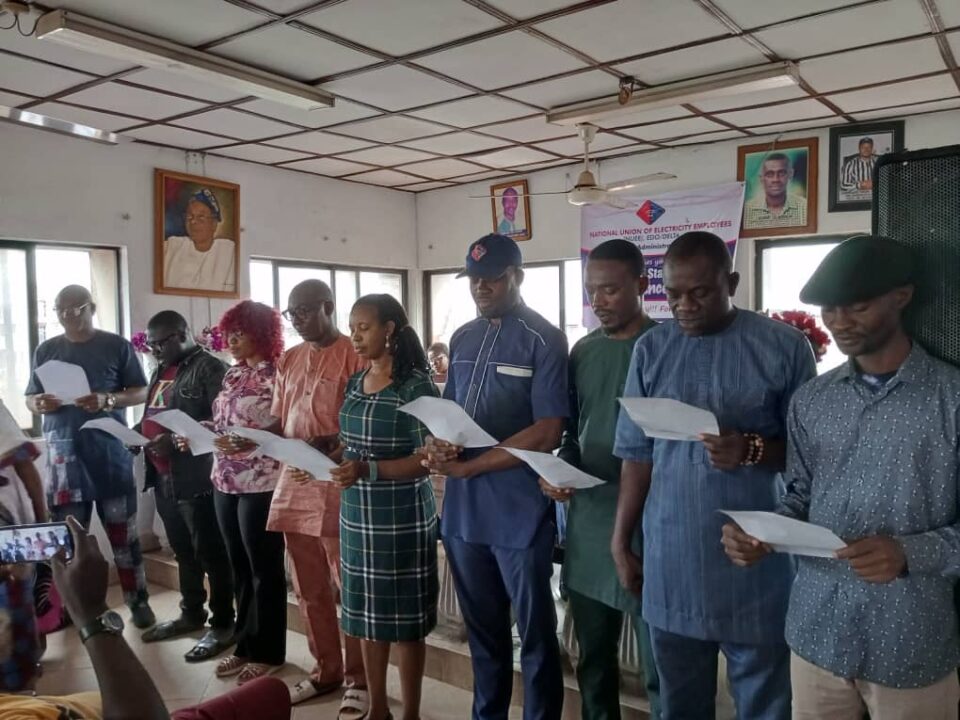 The need for electricity workers to be United and fight for the common good of members took centre stage at the National Union of Electricity Workers, NUEE, Edo/Delta Generation and Transmission State Administrative Council 6th Triennial Delegates’ conference, 2022.

In an opening remark, the Vice President, (West), Comrade Sadiq Adewale told delegates to brace up for the challenges ahead noting that if plans by the government to privatize TCN are anything to go by then the union should not be caught unaware.

While appreciating the outgoing of NUEE Edo/ Delta Generation and Transmission (G&T) Administrative Council for submitting themselves for the service of the union, Comrade Adewale said that a call to serve in the union is selfless service.

Member of the Central Executive Council( West), Comrade David Ehigiamusoe urged members to be United and form a common front in other to win the struggle for the welfare of members.

He said that the Union needs credible persons with futuristic ideology to drive the union to achieve desired results noting that the in-coming Council should always be in touch with the leadership of the union at all times.

Comrade Ehigiamusoe urged members not to bring cultism and tribal sentiments into the union as there are opportunities for everyone to grow in the union.

The Zonal Coordinator, Comrade Omoruyi Ben said that the Union is looking for committed people who will drive the union and participate in national struggles as the challenges ahead is enormous.

He explained that the Union’s decisions are geared toward protecting their jobs and the future of members.

The Zonal Organising Secretary, Comrade Nash Shuaibu told members to be committed to the union noting that a call to serve in the union is like a humanitarian service.

While explaining the issue of none remittance of ISO check off dues to the state council and local chapter’s account, Comrade Shuaibu said that it was due to lack of information for the dues to be released by the appropriate authority.

In his inaugural speech, the newly sworn-in Chairman, Comrade Afamefune Augustine promised to build on their achievements in their first tenure.

Comrade Afamefune thanked the leadership of the union both at the National and zonal levels for their support and sued for more support in other to succeed.

Highpoint of the conference was the account of stewardship by the out going Council members and the swearing- in of the new Edo/Delta G and T Administrative Council that will pilot NUEE affairs for three years.