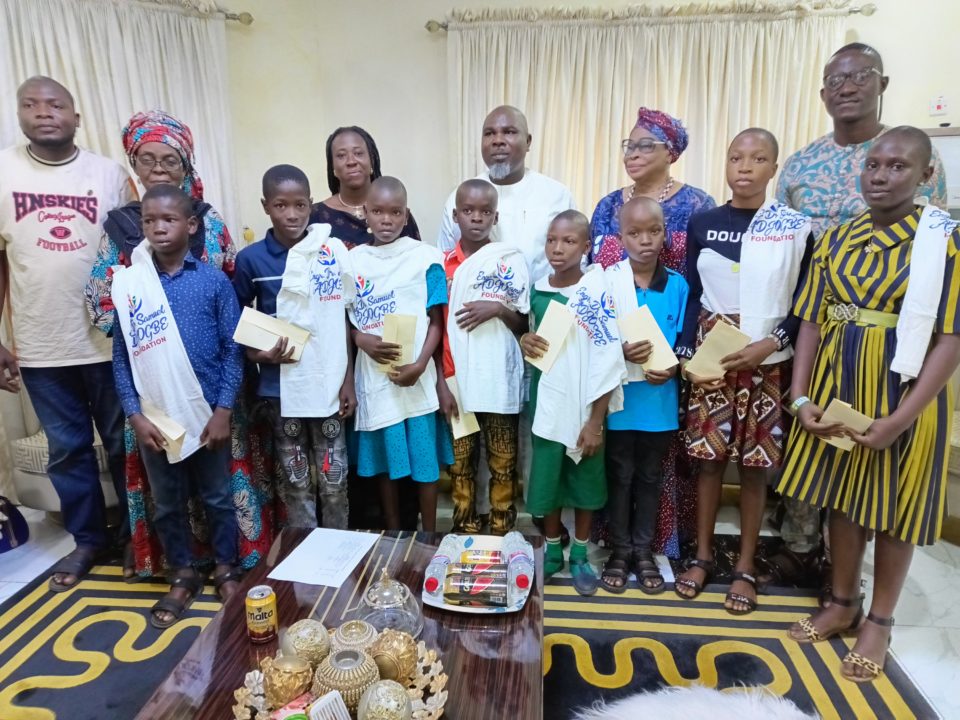 The scholarship covers the boarding fee, tuition fees, students boarding materials, other school requirements and books of students who recently gained admission into junior secondary schools. The scholarships also include students’ Junior Secondary School 3 and WAEC and/or NECO enrollment fees when they get to JS 3 and SS 3 classes respectively.

The eight students who scaled through the final screening and got 6 years of scholarships from JSS1 to SS3 are; Agama Addition Jesuovie from Mariere Primary School, Evwreni; Eseoghene Happy from Mukoro Mowoe Primary School, Evwreni; Dennis Oghenefejiro from Unenurhie Primary School, Unenurhie; Ibru Mercy from Owhowha Primary School, Otor-Ogor; Ebrudu Faustina from Agbarha Primary School, Agbarha-Otor; Oghenerohwo Anthony Treasure from Orogun Primary School, Orogun; Badawusi Dorcas from Michael & Cecilia Demonstration School, Agbarha-Otor and Emegboro Oke from Glorious Group of Schools, Ughelli. The scholars are four boys and four each who will proceed to Anglican Girls Grammar School and Bishop Agori-Iwe Memorial Boys School both in Ughelli. This made the total beneficiaries of this scholarship scheme to be 35 since its inception in 2018. Three beneficiaries have completed their SS 3 examinations at Government College, Ughelli because they got their scholarship awards while in SS 2 in 2020.

Speaking at the award event, the Founder of Engr. Dr. Samuel Adjogbe Foundation and the major benefactor,  Rotarian Samuel Adjogbe, FNSE while congratulating the successful students, enjoined them to be studious and be good ambassadors of their families and the communities where they hail from.

He tasked them to use the scholarship program opportunity to lay a good academic foundation for their tomorrow noting that if not for limited financial resources, the scheme would have been expanded to accommodate more beneficiaries. 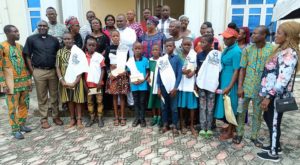 Rotarian Adjogbe explained that the much they could take is born out of the share determination of his Foundation and the Rotary Club of Ughelli Metropolis District 9141 to better a lot of the brightest students but less endowed in society.

“I want to commend the efforts of the Scholarship Board members went round different schools within our catchment areas, where they did the initial filtrations in collaboration with the headmasters/ headmistresses in the various schools and present the students to the common entrance examinations, it would have been difficult to select deserving students.

“The intent of this scholarship program is to identify intelligent students that could have been forced out of school because their parents do not have the funds to see them through secondary schools.

“Some of us had difficulties going to school in our days and it was the innate determination to go to school that has brought some of us to where we are now.

“I, therefore, congratulate you all for presenting yourselves as ambassadors to your immediate families, to the primary schools you are passing out from, and now ambassadors to the Rotary Club of Ughelli Metropolis family and Engr. Dr. Samuel Adjogbe Foundation.

While encouraging the students to take their studies serious, Adjogbe said: “Ensure you take your study seriously since you are going into a more competitive educational world and anybody that fails one of the term’s examinations is out of the program, because we will not spend money on somebody to repeat a class.

On her part, the Chairman of the Scholarship Board, Rotarian Judith Enamuotor commended Engr. Dr. Samuel Adjogbe Foundation is rendering unquantifiable service to humanity and it is making Rotary proud.

She added that apart from the scholarship scheme, Adjogbe is also contributing to other Rotary International projects and have made Rotary Club Ughelli Metropolis a force to be reckoned with in the whole country and globally.

She also charged the students to make use of this good opportunity given to them. “Strive and study hard to come out with first positions and we would be proud of you and your schools while Rotary Club and Engr. Dr. Samuel Adjogbe Foundation will also be proud of you,” she added.

NUJ to Buhari: Inaugurate a substantive NDDC Board now; frowns at delay in the completion of East-West Road